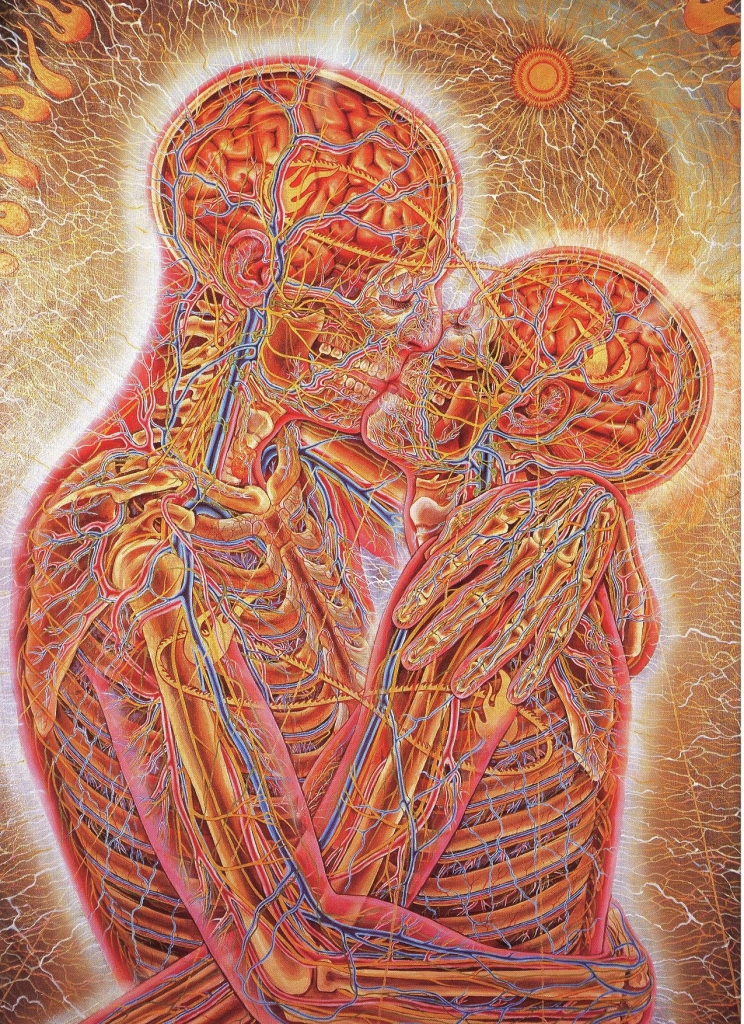 it’s what’s on the inside that really matters

“and clenching your fist for the ones like us

who are oppressed by the figures of beauty,

you fixed yourself, you said, ‘well never mind,

we are ugly but we have the music.”

I was having brunch with my wife, Irene, the other day and noticed this young woman sitting over at the bar. Her back was to me and she had this gorgeous long, dark hair spilling down her back. As she got up a little curve of brown cheek winked at me from under her very short skirt.

You might be thinking at this point… “Jeeze, what a creep! What’s he doing checking out some other girl while he’s sitting there with his wife?!”

But Irene and I have always had an, “it’s ok to look, but not touch” policy (actually that’s not entirely true – hugging is totally great whenever), and neither of us have any problem with the other admiring other attractive humans.

To me this feels very healthy and in line with honoring our mammalian nature. It’s just animal nature to notice other attractive animals – a pretty face, some nice cleavage, a perky butt… for my wife it’s all about the muscular forearms.

Don’t get me wrong, I don’t think it’s particularly right or useful to STARE or lust after strangers… that’s getting into the territory of objectification and I try not to go there, or I try to catch myself very quickly if I do – it’s a matter of redirecting the energy to connect through the heart center, and not putting out unthinking tendrils from the second chakra – which we are trained to do habitually by our culture, but that’s a matter for another article.

So anyway, yeah, I noticed this woman. No big deal.

But then when she walked past me and I saw her face, any sense of attraction was snuffed out like a candle in a sudden wind.

It’s not that she wasn’t “pretty”. I mean, the curves and lines of her face would be considered by most in this culture to be attractive. It was everything else that I saw in her expression and in the way she carried herself, that banished any sense of desire.

You see, having spent hundreds of hours with clients, being attuned and in a place of resonance with them, and having honed the skill of seeing what are called “micro-expressions” (tiny momentary facial cues), I’ve gotten to the point where I can often see, in about a tenth of a second, the unresolved suffering that someone is carrying around within.

I may not know exactly what happened to them (although I may get a general sense of car crash, early abuse, poor attachment, etc…) but I see, and feel, what their body is carrying.

Instead of seeing the image she wanted to present to the world – that of an attractive, fit young woman, I saw…

Then, even though any sense of attraction was gone, my heart went out to her in a completely different way.

Instead of any sort of lusty notion, I was now filled with empathy, compassion and deep sadness for the amount of suffering so many people carry around with them – often without even knowing it.

That’s part of the richness, complexity and heaviness that comes with seeing below the surface of things; seeing not just what people want me to see, but what they don’t want anybody to see. It’s gut-wrenching sometimes.

The upside is the incredible beauty and authenticity that I get to witness emerging in my clients when they transform the suffering that they have lived with for so long.

So here’s to all of you brave souls!  All of you who dare to venture within to transform yourself; no matter your size, shape, weight, color, or proportions, you are the truly beautiful ones in my book.