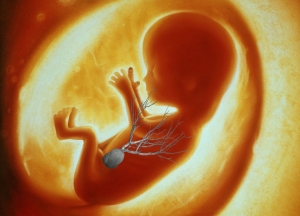 I have a seed.

I keep it curled up in my innermost cells.

It was formed at the same time that I was –

As sperm met egg and they merged into one potential

One little zygote, lodged firmly against the womb wall of my Mother.

In that beginning the seed was planted

A poisonous seed of threat, of un-safety, of need.

So even as I grew around it, as I unfolded out from myself in all directions

And all the other wondrous webs of interconnection

That toxic uncertainty, that feeling of cellular doubt remained.

Holographic, permeating my developing being with it’s message that all is not well.

It remained, this little poison seed

And it grew into a little poison tree

A nameless matrix of constriction and anxiety

That grew dark and uncertain in the forest of my body

And yet it’s message was clear…escape.

So… escape then, flee!

Six weeks early out of the womb and into an incubator

There, separated from consistent and sure attachment

“See?”, it said, “even here, away from that poisoned well, you are still unsafe”.

Then from the incubator into the furnace

of silent, suburban misery where all looked well

while serpents swam under the surface, unspoken and unseen.

But my little guts felt all that was unsaid.

Felt the hatred of their own unresolved misery as it poisoned our home.

When the depression simmered on the other

When my sister left the house that Christmas Eve night

Amid shouted allegations and hatred, never to return.

As I grew big so did my poison tree.

In the irregularity and misery of my bowels

That next sweet and fleeting relief.

And so it would have stayed.

Would surely have created within me

That took my brother

If not for one thing,

My will to heal.

It was my will to heal that took me far away from my home.

My will to heal that led me into the wilderness

With only my backpack and my banjo on my knee

That led me to the jungle spirits of Hawaii

To the healing waters of the Oregon forests.

It was my will to heal that led the expedition

To explore my own untamed inner wilderness

Where I began to uncover that hidden, suffering tree.

Where I began to consider that maybe, just maybe the world could, possibly, be a safe place.

It was my will to heal that led me to discover

The everyday miracle of psychobiological healing

And to undertake that training myself

So that I could help others navigate their own uncertain depths.

And it was my will to heal that brought me

Yesterday afternoon, to my mentor’s office

That wise, old man who is counselor and advocate, catalyst and friend.

It was my will to heal

And the culmination of 20 years of self-effort

Learning, willingness to sense myself and be with what was found

That, combined with the skilled guidance of my old wizard ally

Led to me encountering, yesterday afternoon, my inner-most nemesis

I lay there in the wizard’s office

On his table, in the present moment

And at the same time I was there

Within my cells, curled up behind my belly-button

Where I at last truly unearthed that old, poison seed.

I said to those poor uncertain cells

Which still vibrated with the fear of their beginnings.

Come out and see.

See this room where I am safe.

And the seed heard.

And the seed felt.

My body flexed and then constricted

Turning onto my side, curled up in the same manner

As that developing fetus was, so long ago.

The wizard moved to my side and leaned his body there

All along my back, warm and inviting – a living, present-day womb

Where I, now a little cluster of vibrating cells

That the little, poison seed never got to hear, so long ago…

I used to have a seed.

I used to have a little, poison seed that

But now that seed is gone,

The tree is green,

And I am free.